Amie Potsic is an accomplished photographer and installation artist based in Philadelphia. Focusing attention on environmental issues and climate change, Potsic’s work addresses cultural, personal, and natural phenomena through the lens of social responsibility.

In over 20 solo shows and 100 group exhibitions, Potsic has exhibited her work internationally at the Art Park in Rhodes, Greece; The Royal College of London, England; Museo de Arte Moderno de Bogotá, Colombia; Medfoundart di Cagliari, Italy; the Museum of New Art in Detroit; The Woodmere Art Museum, The National Constitution Center Museum, The Painted Bride, The Gershman Y, and James Oliver Gallery in Philadelphia; The Delaware Contemporary in Wilmington, DE; Mission 17 in San Francisco; and 626 Gallery in Los Angeles. Potsic’s solo exhibition Enchanged Forest at James Oliver Gallery was selected for discussion by The Review Panel, presented by ArtCritical at the Pennsylvania Academy of the Fine Arts in 2015. In the same year, her work was presented at the Delaware Contemporary in New Eyes: Experimental Photography Today where she was awarded Best in Show.  Her work has been published in The San Francisco Chronicle, Art Matters, and the Philadelphia Inquirer and been featured on NPR’s Delaware Public Media.

Potsic received her MFA in Photography from the San Francisco Art Institute and BA’s in Photojournalism and English Literature from Indiana University, where she graduated as a member of Phi Beta Kappa honor society. She has held faculty appointments at the University of California at Berkeley, Ohlone College, and the San Francisco Art Institute and has been a guest lecturer at The University of the Arts and The International Center of Photography. Potsic is Host of the Art Watch Radio podcast on WCHE and the CEO & Principal Curator of Amie Potsic Art Advisory, LLC. 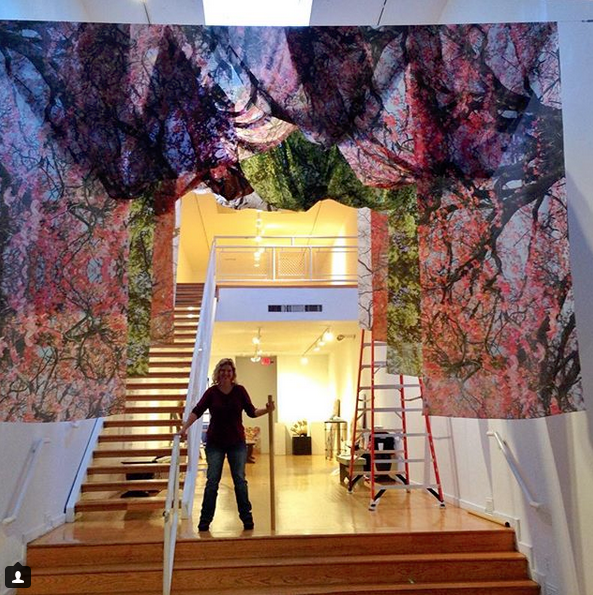